The sacred feminine is a term we use for the mysterious source of all life, the wellspring of creation – the big She, the feminine force that births both male and female forms, the circle that contains both yin and yang, the portal between the worlds. She is by nature indefinable, yet her presence has been experienced so tangibly by peoples of the earth from the beginning of time that she has been honoured and deified in many forms as bringer of life, growth, decline, death and rebirth by many ancient cultures.

Many Faces of the Divine Feminine

Within The Gift – A Woman’s Rite to HerSelf, many women have been moved by what feels to be a deeply familiar reverence for the goddess that appears so tangibly through the weekend, and indeed have spoken of ‘seeing’ faces or forms of the divine feminine within each other.

Inquiring into other places and times when the goddess was revered and honoured, one finds abundant and very relevant information that can greatly enhance the understanding of one’s true capacity as a woman. The faces of the goddess are far too many to be named in one place.

Read more
From the beginning, before form, to the multitude we see now, countless aspects of the divine feminine have revealed themselves and come to be considered as different beings. But this is the paradox; so many, so diverse, and yet all are one. This is the realm of the feminine. Anath, known as a bloodthirsty and battle goddess, is also honoured as a lover and carrier of divine fertility. Aphrodite, whom we think of as personifying golden beauty, love and desire, in Delphi is named Queen of Tombs. 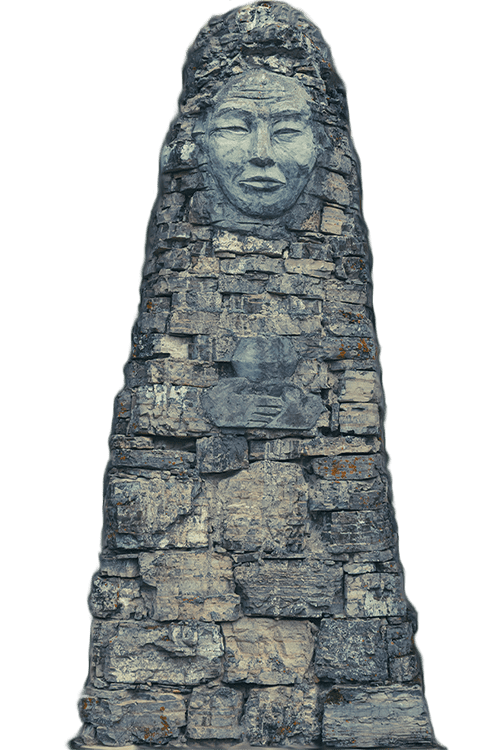 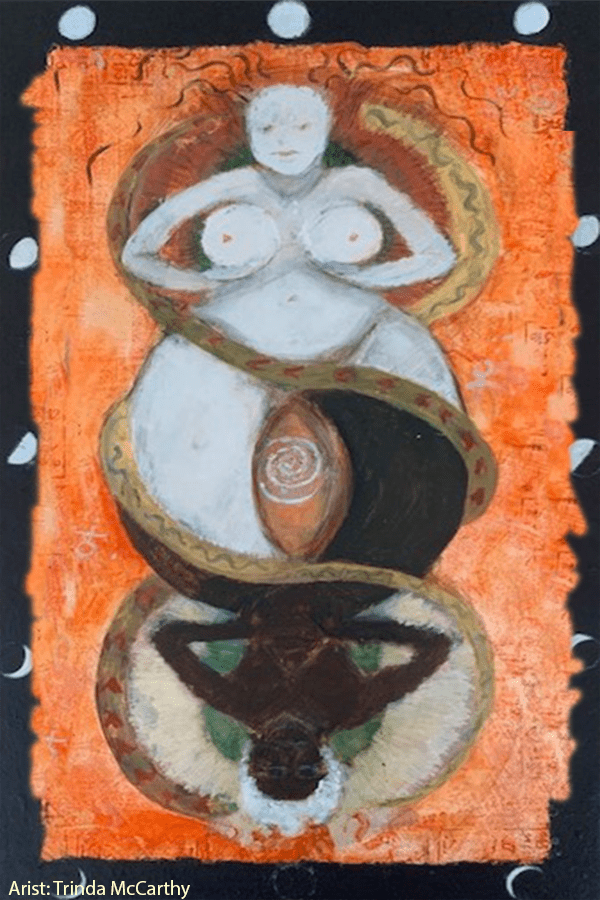 Light and dark as one

So we perceive both dark and light aspects in the one. It is important to see that they belong together; each aspect does not exist alone. It is only in our current culture that we create the separation, take only the bits we like and ignore the rest. So Inanna is part of Ereshkigal, Medusa is part of Athene, the Black Madonna is the completion of the Virgin Mary. In life, light and dark are interdependent.

Once people honoured the moon. It was evident to them that she regulated their bodies and those of their animals and crops, the rhythms of fruitfulness and decay. In Africa and the Middle East, as in other parts of the world today, the sun is not a beneficent life-bringer but a harsh relentless fire. It is the moon with her soft moist properties who causes germination and growth. Once known as the triple goddess and still known as grandmother moon, she was seen as a divinity, and as the centre and source of all magic and fertility. Within each month she changes and shifts, waxes and wanes; from newborn crescent through fullness to no moon, and then, after three days of darkness, she resurrects anew.

All moon deities have the three aspects which are also marked as the three faces of woman; wild nubile maiden, fecund, gravid full mother and ancient horned crone at the gateway to death. All women carry the three faces within, no matter their age. Change and death are acknowledged here as an intrinsic part of life necessary for regeneration and continuance, and both dark and light phases are honoured. Interestingly, for the ancients there was beauty and magnificence in the white, the bright, the visible, but the power was in the black. Nowadays, black has become synonymous with the less acceptable. We have scape-goated it, polarised it, made it not-light and thus evil.

We are frightened of the dark. In the east, however, black is said to represent the pure energy of formlessness, the void whence all manifestation arises. Black is the mystery, where everything is still possible. Like the moon, the feminine is power of dark and light. The great mother, the triple goddess is creator and destroyer. She gives life and takes it away. She is loving and terrible.

Most of the familiar forms of the goddess were once associated with the moon: Demeter, Hera, Isis, Athene, Astarte, Inanna, Brid, Cerridwen, Rhiannon, Freya, Durga, the Morrigan. All the witches of all time: Morgan le Fay, Hecate. And all the triples: the Norns, Erynyes, Fates, Gorgons.

Artemis is an old one, from the time of the bear, who is usually thought of as the huntress who lives wild and alone, virgin sister to Apollo. But before the sun ruled, she too was the moon mother: the bringer to birth, nurturer of the young, the many-breasted. She is kin to all the creatures of the woods and rivers, but like all old ones she is also a death bringer whose stags slew Actaeon, after he spied on her (as Diana) bathing. This is reflected in the almost identical images of her, one black-faced, one white. 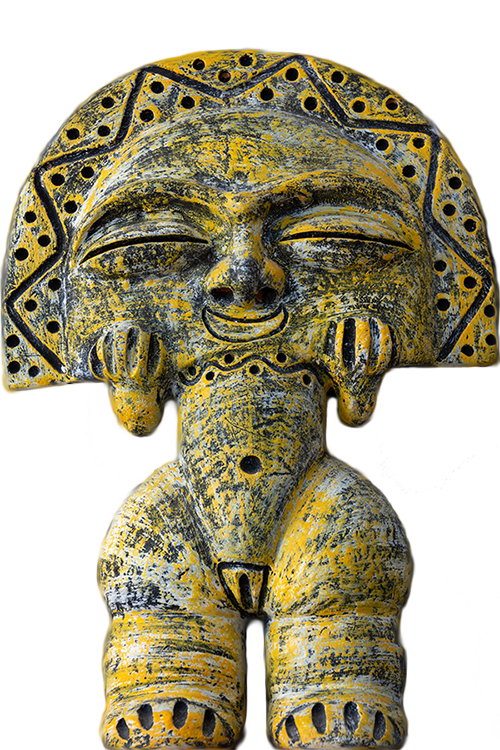 The power and mystery of the Feminine

Central to the mystery of life’s beginnings is the female. The great mother was honoured as she who gives birth, she who makes fertile the fields and animals, who makes abundant the storehouses. All people depend on this fruitfulness, for without it we die. The earliest images in the world are little female figurines, perhaps pregnant, but assuredly abundant of breast and body. The sacred womb was honoured as the power behind all life and was worshipped in every woman. She was celebrated as the sacred container of all life. As birther, creator, she is acknowledged and venerated in these images. The earth was made fertile by her fecund sexuality which was communally celebrated. “Who will plough my vulva?” calls Inanna in the old hymns…”Who will water the holy lap?” The power of the feminine, embodied in the sexuality of all women, both made the earth grow and was also a power for transformation.

‘Shakti’ means life energy. The Bhagavad Gita says, “Without Shakti, Shiva is nothing.” In India, ancient sculptures clearly express the veneration for her, and for all women as her living embodiment. Temples were built to honour her – she who carries the sacred art of female sexuality, who can transform through sex. She has been named sacred prostitute, devadasi, temple dancer, hierodule. In the Middle East she was honoured as Ishtar. Some of the most erotic poetry written are the hymns to Inanna of Sumeria. Aphrodite is the name the Greeks gave her. In Rome, she was Venus. Honoured as goddess of love and desire, she was still rooted in the natural world. Her symbols are vaginal fish and lilies, roses, doves, the swan, the pomegranate. Like Freya and Hathor she is the beautiful golden one, and like Rhiannon, her Celtic counterpart, she is also mistress of death.

In life, our destiny is woven by the spinners, the spinsters, like the Greek fates or grandmother spider. Like all grandmothers and godmothers, she is Wise one, connected with the moon and magic. Like Greek Hecate, one of the very few dark goddesses to survive in the West, she is archetypal crone and thus a witch. As triple moon deity, Hecate was patron of midwives and birthing but this has largely been forgotten. She is known as queen of the dead and guardian of the ways. The crone is the archetype many women fear, as she carries age, truth and the power of endings. But she is also the wise one like medicine woman, the dark queen like Ereshkigal, the terrible one like the Celtic Morrigan, and midwife to death like all crones. Indian Kali shows us her rage, Coatlicue, her skull belt. In some places she was appeased by blood sacrifice.

This is the area of reclamation for women that is often most profound. When we can truly embody our own Kali/destroyer/terrible one then we can walk with Her in consciousness and cease projecting Her outwards. We can come to recognise and acknowledge Her as companion in our lives and ally on our journey. 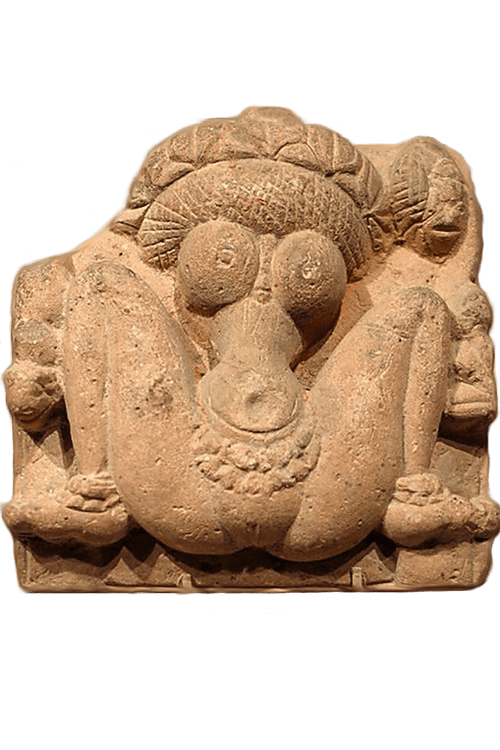 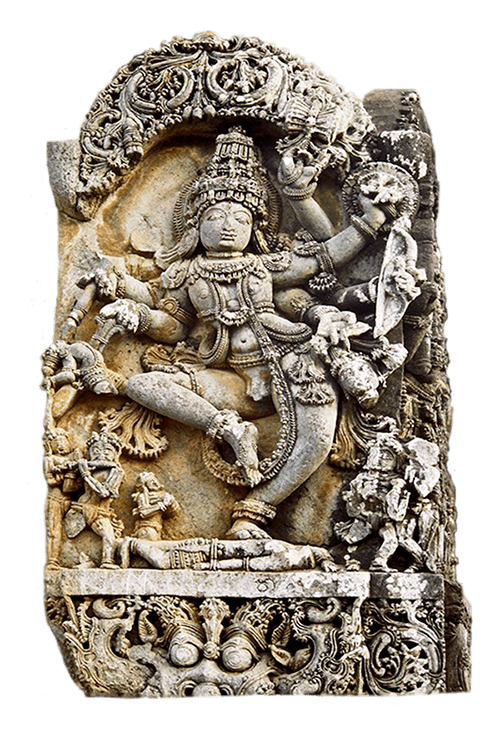 As lady of the beasts, she appears throughout time. Among her creatures are the owl, bird of death, the fish, the dog, stag, pig, bull, and, of course, the serpent. Often these are her consorts in shaman guise. As sacred cow, in India she is Surabhi, in Egypt, Hathor. As Europa, she was tricked by Zeus disguised as her lover, the bull. She is serpent and lion, she-bear and spider. These are the old faces of the Great Goddess from prehistory which still linger on. Many of these aspects have been demonised, like Lilith and Medusa, with the serpent hair, now called Gorgon.

They have both become subject of stories told to terrify. Not for nothing do we fear spiders and snakes.

Nowadays we still see ‘wild woman’ running on the beach, hiking, riding her horse or feeding her birds. She needs to sniff the wind and talk to the trees. She listens to her instinctual knowing. The moon’s cycles are felt within her body, she knows when storms are coming.

Isis is important for us as her name means throne and we are reminded that a king is king by virtue of her. She is the seat of power, the throne on which he sits. She is the divine right by which he rules. Isis is a precursor for the Madonna who holds her son on her lap.

Equally familiar is the Lady of the nurturing breast, sacred vessel, dispenser of nourishment and wisdom She is also the Ever-open arms, She who hears the cries of the earth. In her compassionate aspects such as the Black Madonna, she is available to all who call on her… all suffering, all pain can be offered to her and accepted by her. Likewise, Kwan Yin is lady of infinite mercy and most compassionate one and is the most revered deity in China and Korea.

In Tibet her name is Tara, teacher of wisdom. These aspects remind us that all understanding and all wisdom are part of her sway and the underpinning of all civilization. Even the early Jews and Christians acknowledged wisdom as the lady, Chokmah and Sophia. And some examples have no image but are just as relevant to our journey of becoming. Clarissa Pinkola Estes brings to vision in her writings those such as Skeleton Woman, encouraging us with her beautiful words to sniff our way back, to re-flesh ourselves, acknowledge our wild soul. And to stand in awe and wonder at the sacred dance of La Mariposa, butterfly woman, who pollinates our deepest being. 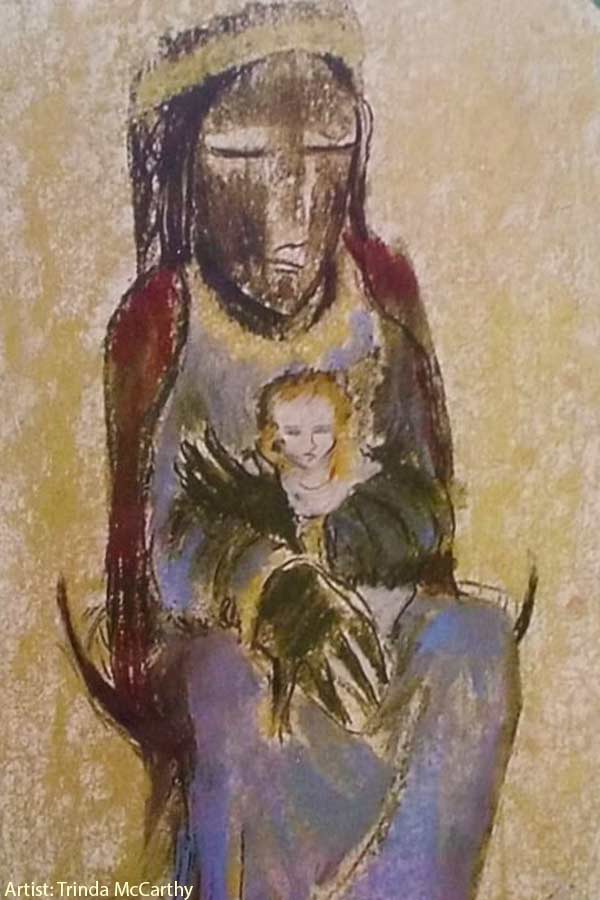 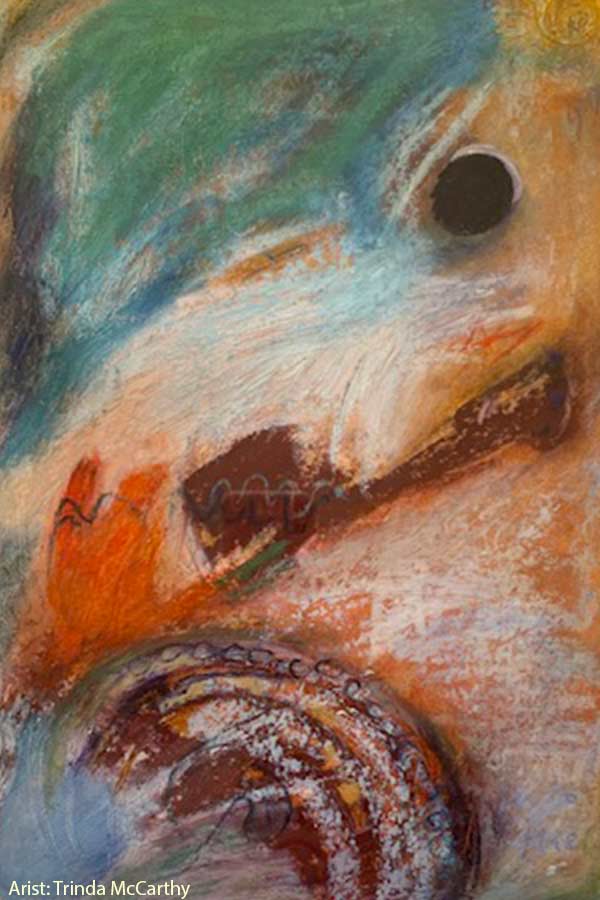 Myriad aspects within us

These are faces of the sacred, revered through ages past, which contain the whole world. And perhaps what we can gain from looking at the myriad aspects of the divine feminine is some recognition that these energies live within us.

And, we are Kwan Yin and Medea, compassion and betrayal. All these. Embraced, they can serve us; disowned, they continue to rule us. She is seen as many things…changing one, she who denotes life, death, and rebirth. She is the fertile, fecund one who ruts in the fields, she is the terrible one who devours and destroys, she is the loving arms and nurturing breasts, the sacred yoni, and the transformative one.

The doorway to the mystery

And at the heart of the feminine is the mystery. That which cannot be known. Before all, after all. The feminine as ground of being. The void from which all comes and to which it returns. The sacred doorway of which we as women are guardian. It is through the sacred doorway of the rite that countless contemporary women have met themselves in their mystery and it is available to any woman when she is called.

There is much that has been written in search of this mystery and we include some starting points at The Gift – Reading list. 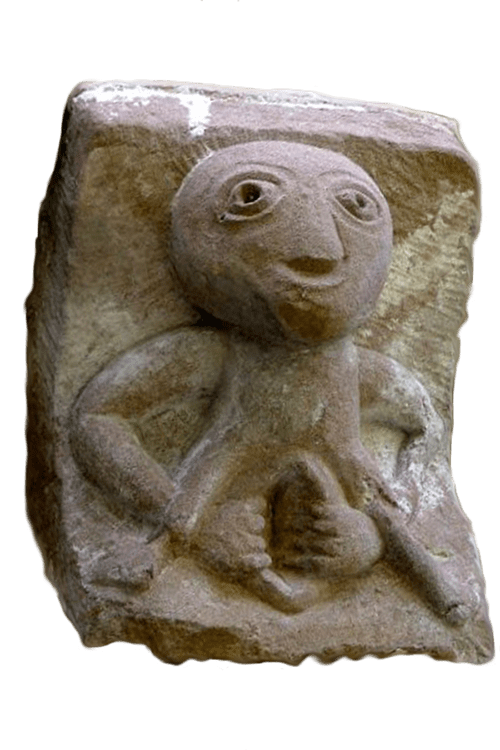